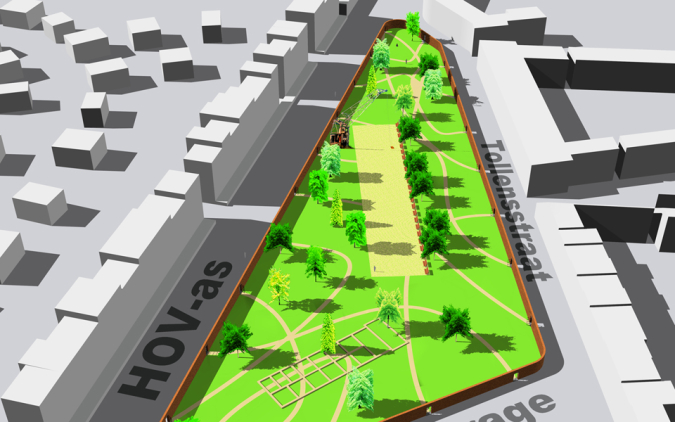 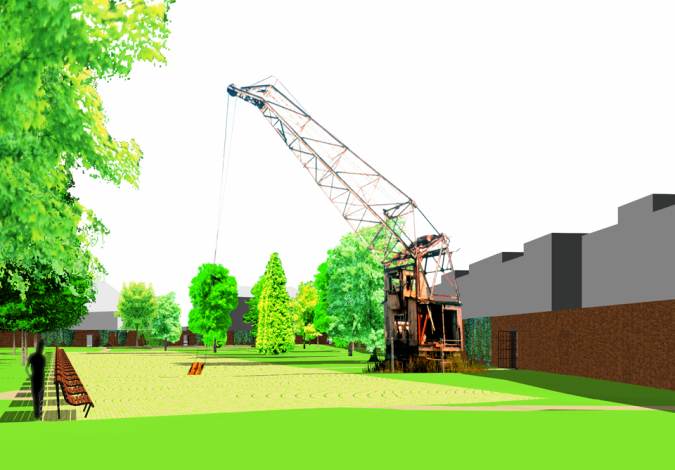 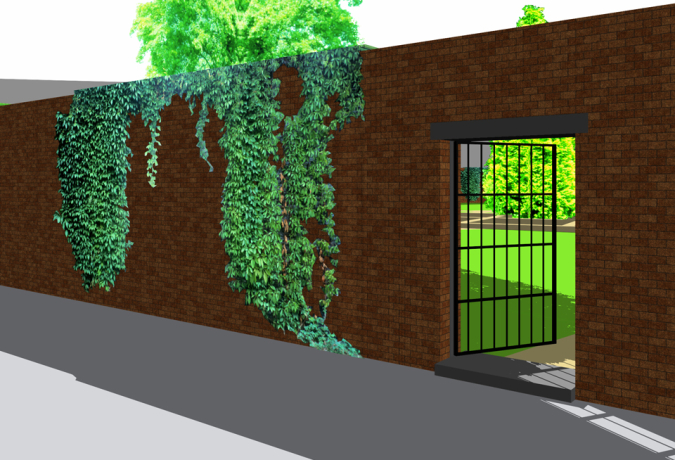 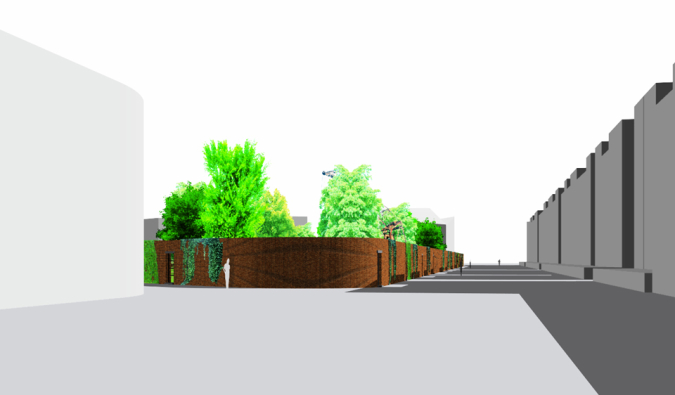 Assignment
Open competition.
Design for a commemorative monument following the fireworks disaster in Enschede, The Netherlands, in the year 2000.

The fireworks disaster in Enschede completely destroyed the Roombeek district. The municipality wanted to place a commemorative monument precisely at the spot where the explosion had occurred, an open space in the rebuilt neighbourhood.

The concept emphasizes the sharp contrast between the noise caused by the enormous blast and the silence of the secret garden, frozen in time. This ‘overgrown’ garden is a place where people can retreat to reminisce about the time before the disaster and remember its 23 victims. A bench has been installed in the garden in memory of each of the victims. The brick wall surrounding the garden refers to the industrial character of the neighbourhood prior to the disaster, the heyday of the textile industry in Enschede. The wall has 23 openings, providing free access to and views across the garden.

back to our work