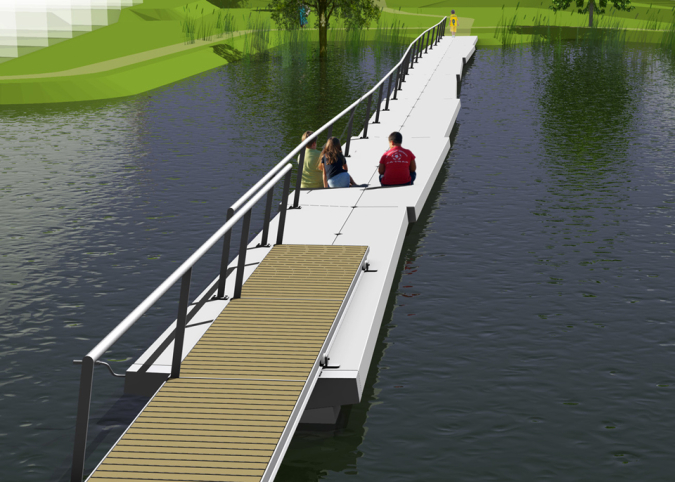 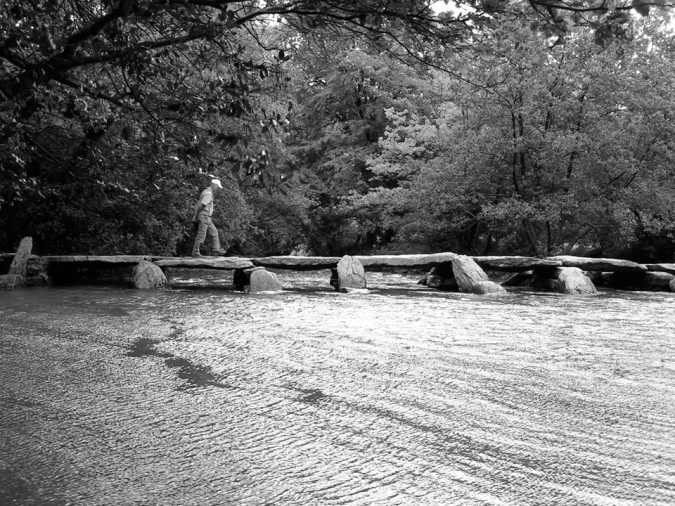 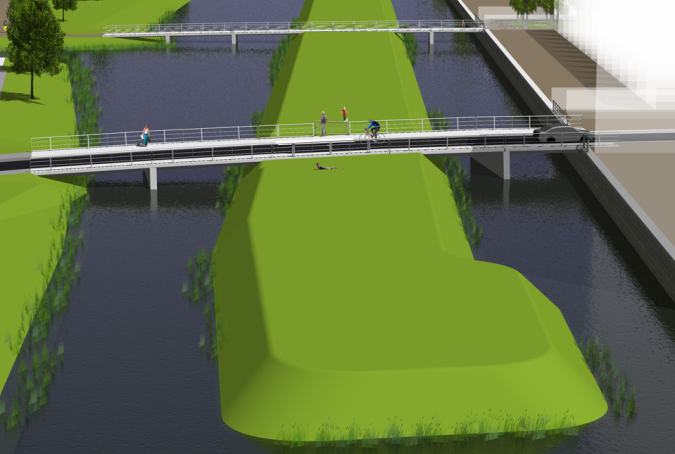 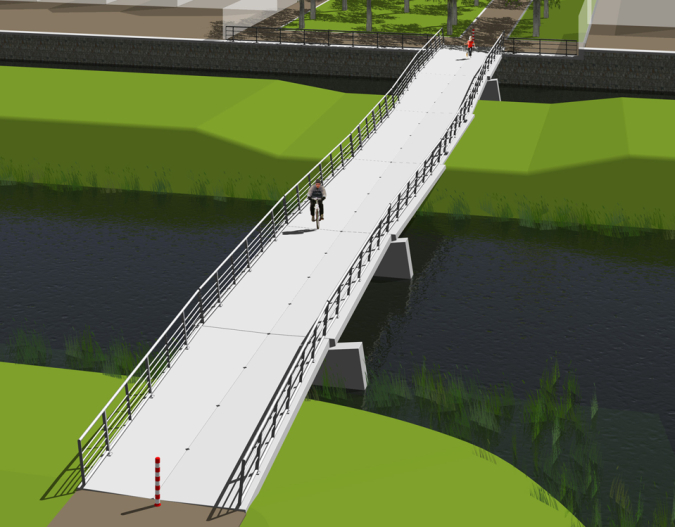 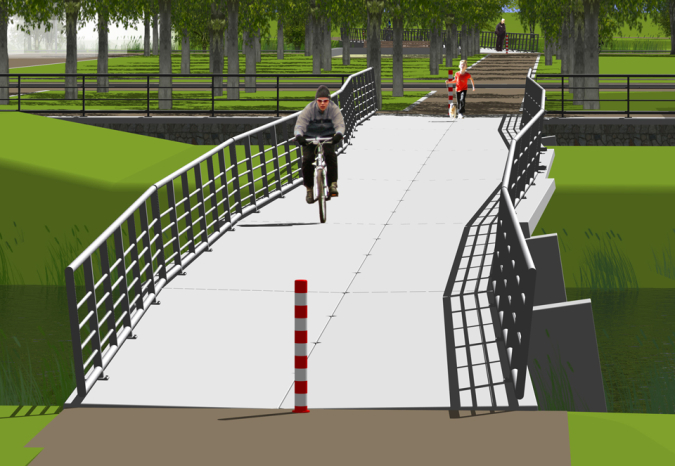 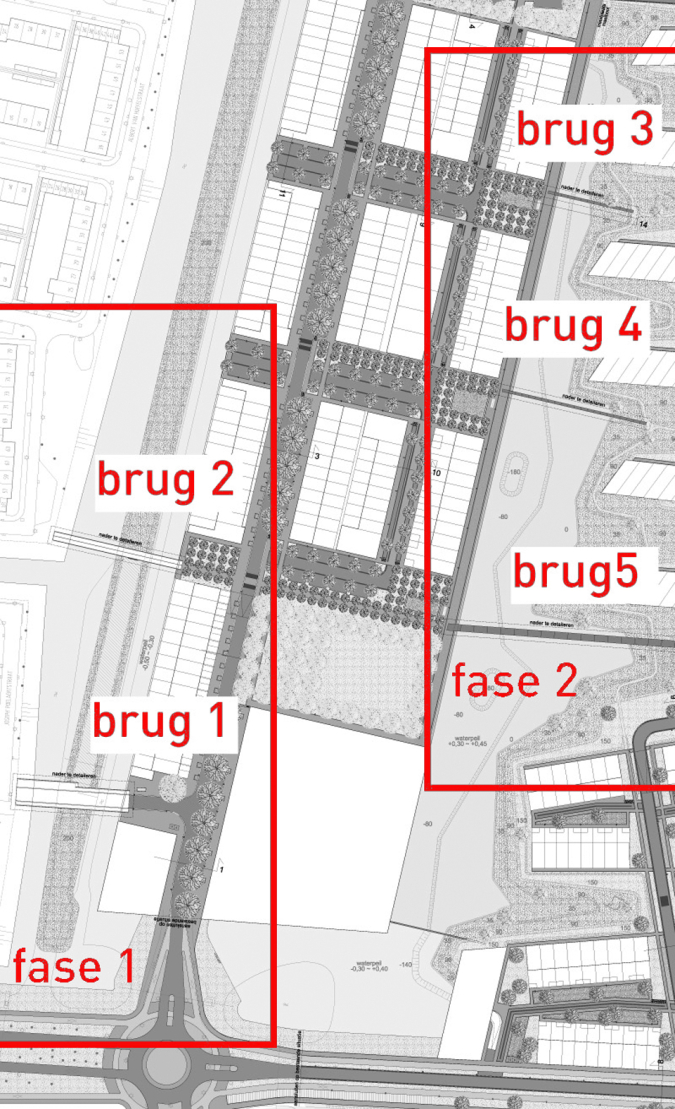 Assignment
Design for five bridges in Breda, The Netherlands.

Design
How can you build five beautiful bridges on a limited budget? The source of inspiration was the Tarr Steps Bridge in Exmoor National Park, England, thought to date from 1000 BC. The construction is comparable to dolmens. Thick slabs of slate are placed on large boulders to enable people to cross the river. This principle was also applied to the bridges for the Waterdonken district in Breda.

The prefab concrete slabs were cut into short 10-metre sections, after which they were placed behind each other – playfully and slightly crooked and untidy – like an abstract version of the natural stone slabs across the River Barle. The cost of the bridges could be kept low by cutting the concrete into sections. The slabs were laid down close to the water surface. This invites passers-by to sit down, kick off their shoes and dangle their feet in the water. Just as people crossing the Tarr Steps have an irresistible urge to play with the water. Since the financial situation changed during the design process, only three bridges were realized: two bridges for pedestrians and cyclists, and one bridge for motorized traffic.

back to our work